Since the dawn of ancient times all human beings have always been haunted, tormented and frightened by one thing more than any other: the thought of death. Death is stealthy and unpredictable. It is the dark tunnel at the end of human life… the boundary line between what is known and unknown… the final limit of our multiverse. Nevertheless, the thought of death is nothing more than a wretched stepchild begotten by an infinite and everlasting entity: Time. Along the course of history, humans have always tried to understand, study, measure, or even stop it. Try as they might, nobles or plebeians, virtuous or vicious, faithful or atheist, no man in this world has ever been and will never be able to defeat its limitless power. Time is the sole factor which dictates everything, controls everything and gives also a meaning to mortal existence.

Although not infinite nor everlasting as Time is, our soul is broad. Deep inside of us, lost somewhere in the vastness of human soul, there lies a special place, a secret and recondite Eden where everything can happen. Nobody knows where this place is exactly and many people even think it does not exist at all. Children often find themselves there, sometimes accidentally and sometimes deliberately. Conversely, grownups tend to close every path that leads to it, while the few ones who still believe in its existence are often labeled as “dreamers” or “fools”. But this is the place where the most beautiful among the greatest gifts that were primordially bestowed to humans can reveal itself, turning into imagination… fantasy… art. And this is also the place where, sometimes, the collision between two different forms of art releases a sparkle: in that tiny sparkle, a tremendous force is contained whose power, maybe only for an infinitesimal moment, is capable to freeze the sand of Time within the great hourglass of life.

Frozen Sand is a dreamy musical entity begotten by the collision between the art of storytelling and the great auditory power of progressive metal music. It is made of five narrators, five minds who are put together as diverse but balanced pillars of a huge project… a project whose music is spaceless and stories are timeless.

Winter 2010. In a small provincial town located in the foothills of the Italian Alps, where the lakes opaquely mirror the shapes of those historical villages of which the slopes are speckled, three students are about to meet as they always do on Saturday afternoon. Friendship, enthusiasm and a deep passion to share: music. Tia grabs his shiny new Dean guitar glancing at his music-mate Tizi, as if to search for an artistic synchrony. Meanwhile the stick in Simone’s right hand hits the hi-hat cymbals four consecutive times. As soon as the snare drum’s stroke aligns with a distorted C minor chord, enigma, mediation and skepticism meet and merge for the first Time. In that dimly-lit basement room, well adorned with antique objects of all kinds, the cuckoo clock’s sound, striking 4.00 pm, gets smothered by the rock music which reverberates in the air with force. That same afternoon the three young friends are waiting for a visitor: a lead vocal for their new project. Shortly after 5.00 pm, the house intercom chimes. Luca, an ambitious mind coming from the disillusionment of a previous project’s failure, enters the basement door, with a singular expression on his face; a look that somehow conceals curiosity, enthusiasm and his true spirit… thee spirit of a dreamer.

While water keeps flowing through those pre-Alpine lakes and the short hand of the cuckoo clock goes around the dial hundreds of times, the months pass. A zealous dream begins to take a shape, gradually concretizing into notes… words… emotions. Fede, the drummer’s eldest brother, is the very first person who gets caught and fascinated by those tiny sparkles of emotions. With a limitless passion for electric guitar, science and sound designing, he enters the dream, bringing with him something that the four colleagues did not now until now: rationality. Perfectly balanced and diversified through the artistic streak and the technical skills of five young narrators, a project rises: Frozen Sand.

Guided by the love for music, in early 2011 the first efforts of the narrators materialize into something: a demo, a raw first story in which the topic of human ambition travels through heavy metal sounds and progressive riffs. Such little piece of music is what finally brings the five young minds both on the cyberspace and on stage: bars, pubs, live clubs, festivals… northward and southward, westward and eastward… almost everywhere in that remote lake region lost in the depths of Northern Italy.

Once the seasons dance four consecutive times, bartering colors, scents and memories with one another, the dream goes on. May 2012, Omegna: within the soundproof walls of the FF Studio, a small workshop located in the quietness of the northern valleys, not far from the Swiss border, the analog tapes are turning. Mr. Federico Ferlin is about to finish the mastering of what can be considered Frozen Sand’s maiden work… Shelved Ambition: a four-track EP dealing with overwhelming sounds, miscellaneous styles and a tale about men’s dual nature.
One year passes in a quick blink of an eye. Riding the adventure of their lifetimes, the narrators explore concert after concert the poky, chocked and saturated underground-metal scene of their territory, getting in touch with dozens of bands and meeting extraordinary people. Among them, there are of course musicians… artists… artisans. Dave, skillful guitariist of the progressive metal band MirrorMaze, who is specializing in sound engineering, offers to make his art available to the band for any future projects.

September 2013: the five young minds find themselves around an oak-wooden table, in that same basement room where everything began only three years ago. A bizarre idea is wandering alone in the abyss of human imagination. Time has come to create something greater… something special… something that would make the five narrators release their whole potential: a full-length story. Entering many details, the discussion goes on all afternoon. Luca has brought with him all the ideas he sketched on paper during summer Time. Tizi adds peculiar details to those strange pieces of a dream. Tia wonders if all this may work. He is perfectly aware of the laboriousness and difficulties that such an ambitious project represents. A single album will not be enough to orchestrate all these ideas. Fede faces the matter from a rational point of view. It will take years… many years… and there are so many irksome obstacles all along the path that it will be just so easy for the pillars to falter. Simone mediates. At the end, a decision is taken… the job can be done!

Nowadays: year 2018. Finally the five musicians have obtained what they were aiming for so long... Three years ago, in May 2014, their first Official Video Clip was released on YouTube. Taken from the single version of Fracture, the video was artfully shaped by Mario Zanetta, a dear friend and a loyal partner. A few months later, after a summer of hard work devoted to the writing of own material, in autumn Prelude was released: an EP that includes the three-chapter song Chronicles of a Lifetime and the bonus track Fracture. However, unlike the previous EPs, this one has something special and unique: it is the first concrete result of the new project, a preview of a complex saga, called Fractals of Frozen Lifetimes. And there is something more: from Prelude EP onwards, the band was sided by the artistic streaks of Stefano Invernizzi. Today weaving this dream, the joint efforts of the five narrators, together with the artistic skills of the artisans, have finally borne their fruits. Frozen Sand's first full-length... Ten characters... A drama... On an amazing journey through Time and space...

Fractals: A Shadow out of Lights is now available to the public. 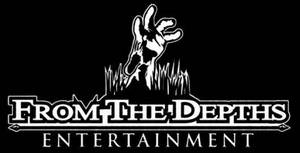 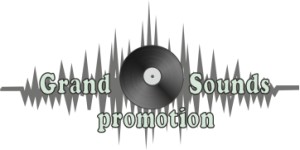 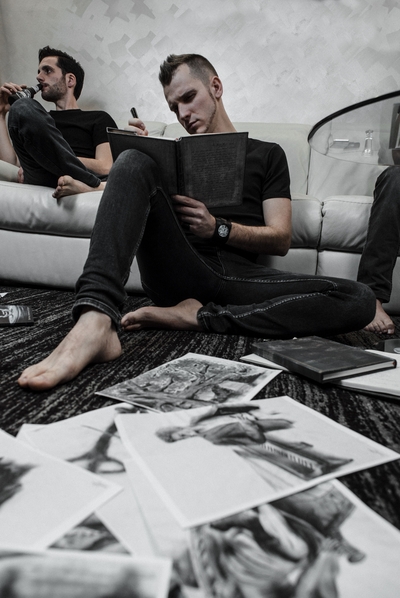 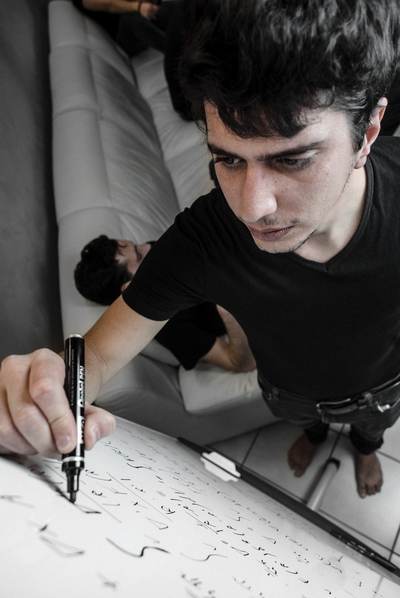 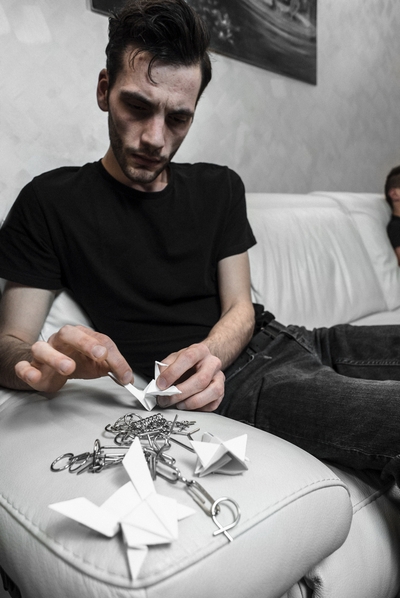 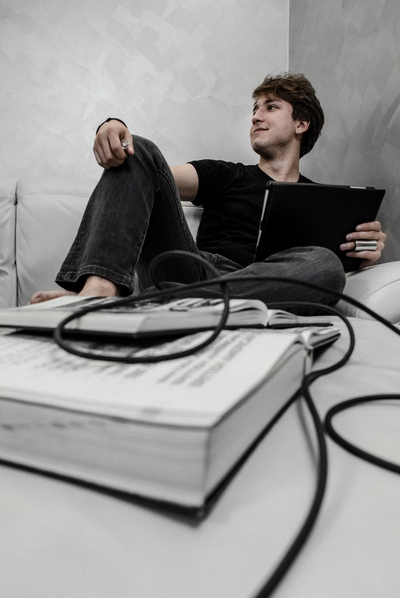 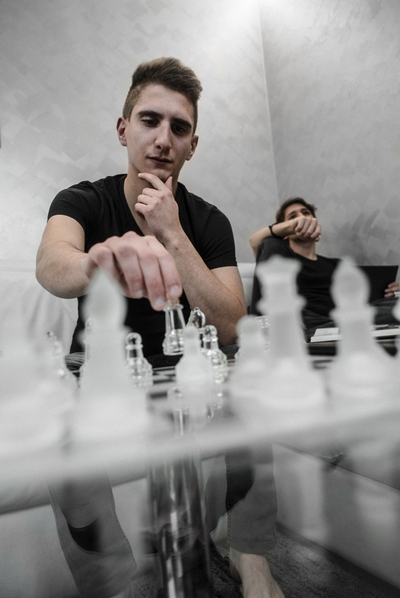 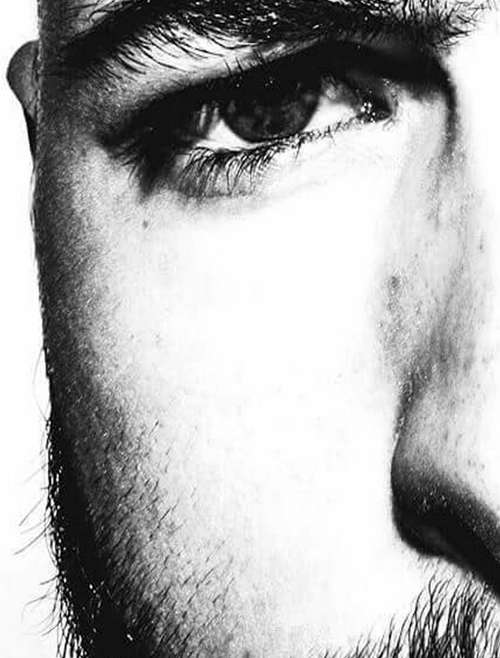 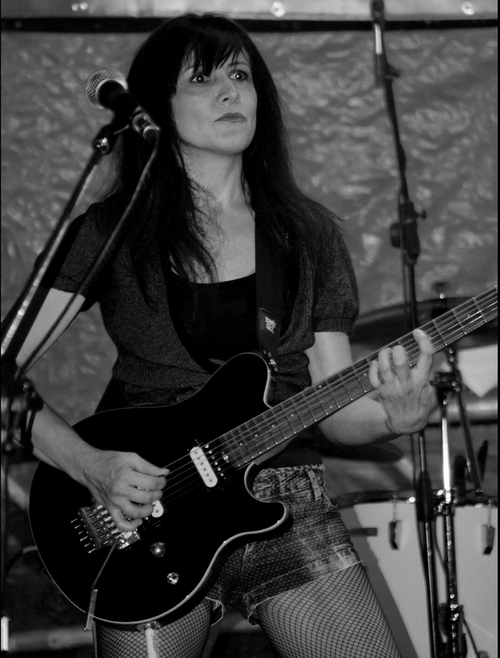 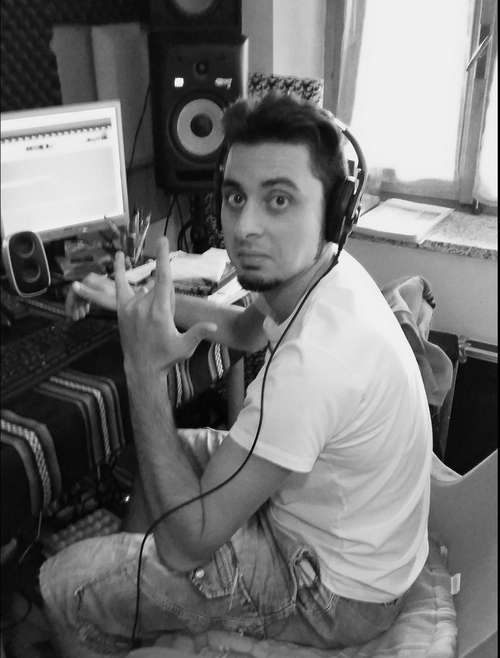