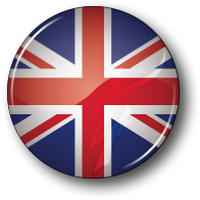 Prelude
Chronicles of a Lifetime

Chronicles of a Lifetime, the prelude of the story, is composed of three brief installments, which introduce some of the main characters of our story. Such episodes touch on different concepts, regarding the infinite abyss of Time, travelling through life, death and the afterlife respectively.

Sometimes, the clatter of a ticking clock may sound quite irritating to the human ear. After all, it just marks a further step towards death. In the first chronicle, the haunting groans of Captain Hook, suffering from chronomentrophobia, resound through Time and space, together with the wise and solemn words of the Great Oak, who reminds human beings their lives are just finite and ephemeral.

Last stroke, the pounding of Time
We cannot flee from its bad joke
Which life and death detain
And nothing will remain

Just smoke, the flowing of life
We cannot flee from its bad joke
We are pawns in Time’s domain
And nothing will remain

Haunting
My mind, clock
Keeps daunting
That noise is driving me insane!

Each stroke makes me older
Loud, persistent tickin
Eats my life, I smolder
That noise is driving me insane!

Last stroke, the pounding of Time
We cannot flee from its bad joke
Which life and death detain
And nothing will remain

Just smoke, the flowing of life
We cannot flee from its bad joke
We are pawns in Time’s domain
And nothing will remain

The sand of an hourglass closely resembles human life: its flow is so relentlessly slow that we are not able to perceive it. Still, the top bulb will empty sooner than we expect. The following episode is a flash-forward that tells about Peter Light (together with his doppelgänger Mr. Shadow) in the fatal and pivotal moment of his passing. Time seems to slow down as his whole life passes him by. Consciousness and unconsciousness meet and merge together, while he is overwhelmed by many contrasting sensations and feelings, such as fear, love, rage and melancholy.

Chronicle II: Sand of the Hourglass

Years have come, Time passed me by
In a quick blink of an eye
The sand of my hourglass slow fades away

My leaves smolder. I consume
The pendulum marks my doom
In melancholy I start to roam

I got no more strength to strive
Echoes, thoughts come back alive
Sad strains haunt my mind.
I start to rave

Motionless, my corpse stands still
No reaction, no more will
Everlasting moments worse than hell

Thousands of cultures throughout the history of human civilization have called him with many different names: god, maker, destiny, fate, fortune, doom, karma, mother nature... In the third and final chronicle, Khronos, the god of Time, introduces himself.

This is where our story begins: the journey of the young North-American musician Peter Light, who is about to embark on the adventure of a lifetime, facing the struggles, joys and sorrows of human existence. A story about life, love, ambition and grief. Peter’s path is entwined with the adventures of other characters, coming from different places and Time periods, although he never physically interacts with any of them. Still, these characters are all linked together by similar feelings, experiences and deeds. A journey through Time and space, languages and cultures, music and art. Ten lives scattered like shells in the endless ocean of Time: this is Fractals of Frozen Lifetimes.